Today marks the one-year anniversary of the commercialization of 5G and L4 autonomous driving technologies at the Port of Tianjin, a world-leading smart port powered by Huawei's technology. Upon introducing these technologies to the Section C Terminal in its Beijiang Port Area in October 2021, the Port of Tianjin realized more efficient, intelligent, and safer operations. Since then, the port has been referred to as "the world's first" on many occasions, becoming a global role model for low-carbon smart ports. At the terminal, container cranes operate automatically and unmanned electric container trucks come and go. Furthermore, remotely controlled quay cranes lift loaded containers from cargo ships, and then load them onto unmanned trucks. Under the guidance of the BeiDou Navigation Satellite System, container trucks go to automatic locking/unlocking stations, according to optimal driving routes that are calculated in real time. Here they are loaded with containers, and then drive them to the container yard. The entire process is completed in one smooth operation. 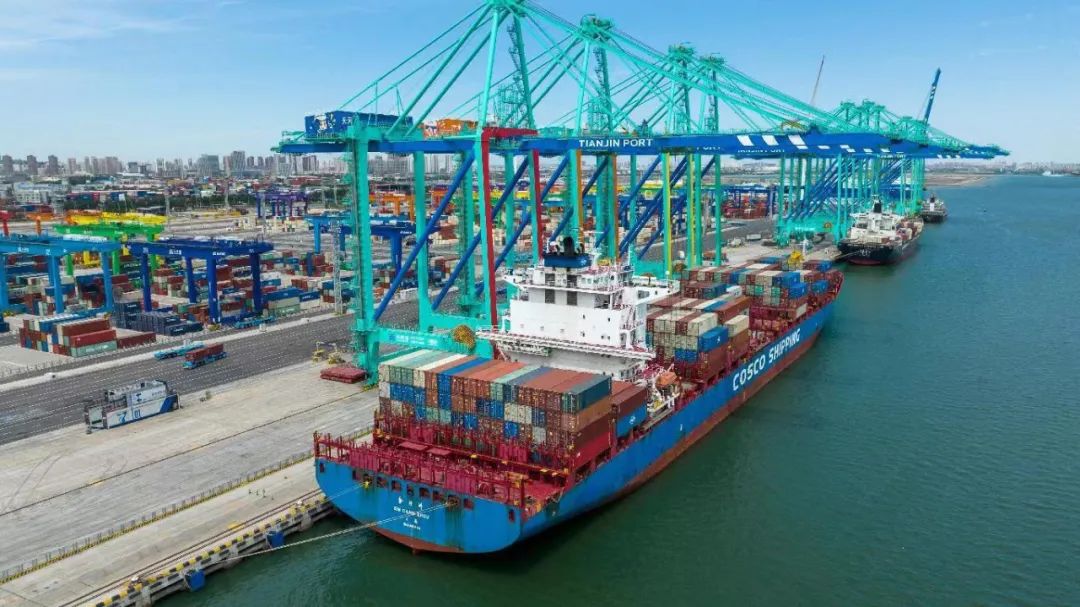 This terminal is the latest result of collaboration between the Tianjin Port Group, Huawei, and numerous other partners, all of which are aiming to create a world-class, smart, and green port. One of the key innovations is a truly AI-powered intelligent horizontal transportation management system, which helps deliver a number of breakthroughs to the Tianjin Port: The world's first large-scale commercial deployment of superior L4 autonomous driving in ports, the world's first "5G + BeiDou" integration to enable ubiquitous intelligence, and the world's first port to achieve self-sufficiency in green electricity, meaning the port's end-to-end operations produce zero carbon emissions. The system can serve as a role model for the intelligent upgrade and low-carbon development of ports worldwide. 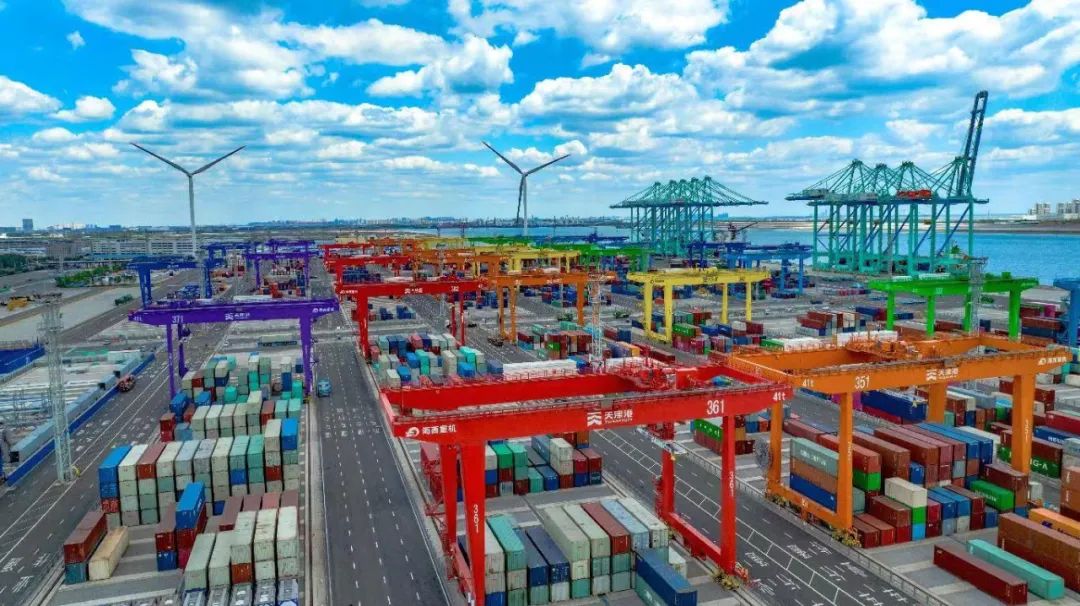 Yang Jiemin, Vice President of the Tianjin Port Group, noted: "Ports are one of the world's oldest industries. Huawei is an engine that powers technological progress. When the old meets the new, I believe they will create tremendous new vitality. The Tianjin Port has been involved in comprehensive and in-depth cooperation with Huawei, and this partnership has paid off. Thanks to the joint efforts of a consortium of innovative companies, represented by Huawei, we have overcome many difficulties and successfully transformed the terminal of Section C in Beijiang port area of the Tianjin Port into a showcase for next-generation automated ports, while making significant contributions to the port industry." 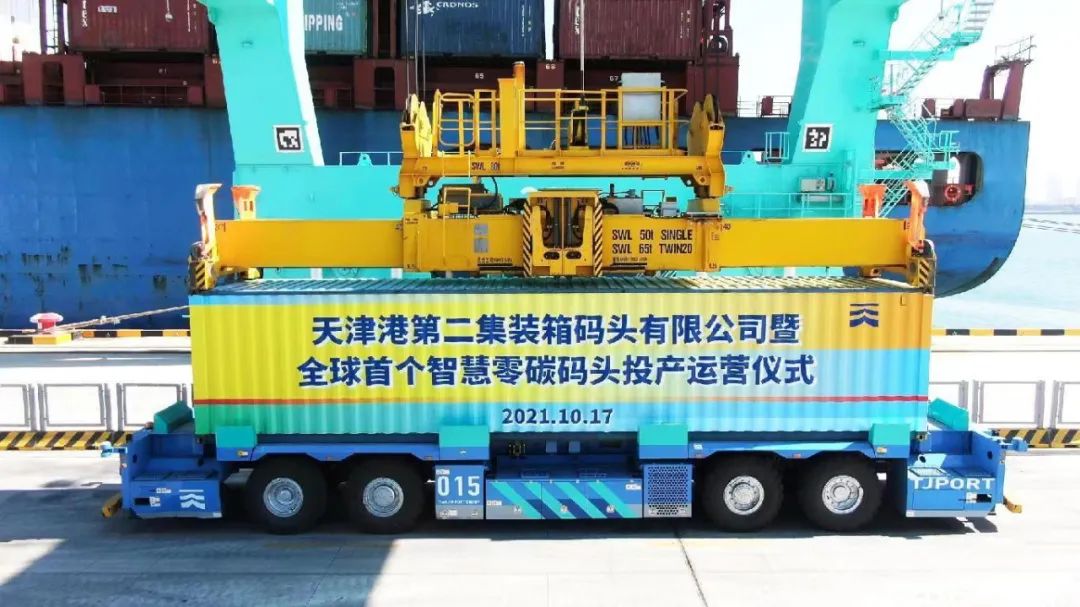 Intelligent and digital transformation has created tangible benefits for the Tianjin Port. Previously, huge numbers of container trucks were required to transport containers to the port's container yard, meaning high costs for employing human drivers. Today, the Tianjin Port has 76 container trucks, each of which would need three drivers working three shifts each day to ensure 24/7 operations. This means 210 drivers would be required in total. Achieving such operations would be exhausting and dangerous for the truck drivers, who would have to work long hours along fixed routes. Fortunately, intelligent technology has solved these problems. Currently, transporting a container requires 20% less energy, and cranes are 20% more efficient on average, with each crane moving 39 container units per hour.

The Tianjin Port is one of the most technologically advanced ports in China. It has a 300,000-ton-class wharf with a channel depth of 22 meters. In addition, it boasts 192 berths of various types, including 128 berths above the 10,000-ton-class. In 2021, the port's cargo throughput reached 435 million tons, ranking ninth globally, while its container throughput exceeded 18.35 million TEUs, ranking eighth.

Yue Kun, CTO of Huawei's Smart Road, Waterway &Port BU, said, "Ports are a key link for maritime transport. They connect trade and supply markets across the globe. Building more efficient and smart ports is becoming increasingly important for the global supply chain. To achieve high-quality development, ports need to embrace digital and intelligent transformation, and build green ecosystems. The Tianjin Port has successful experience in adopting 5G and other digital technology, making it a role model for transformation within the global port industry."